We offer dedicated account representation through our network of locally and independently owned and operated franchises. CertaPro Painters® of Highlands Ranch, CO was contracted to help with a large interior painting project for the Veterans Affairs Clinic Building in Colorado Springs, CO. The scope of the project included interior painting for all three stories, nearly 220,000 sq ft.

CertaPro Painters offers professionally managed painting projects with experienced crews. We can help with all types of hospital and healthcare painting projects, we will work with you or your facility manager to work around the day to day needs of the building and minimize disruption to patient care and appointments.

We can help with maintenance and painting for: Trust the Professionals at CertaPro Painters® with Painting your Hospital

CertaPro Painters® understands and meets the requirements hospitals have for painting contractors including:

Learn more about why Certapro Painters® are a great choice for your hospital or healthcare painting project. The project was based was based in a mental health care facility in a major metropolitan area in the southeastern United States. The client contacted their local CertaPro Painters® franchise in early 2017 to conduct a thorough cleaning and repainting of the ductwork in one of its newer buildings. Pleased with the results, the facility manager quickly expanded the scope of the work to include a full repaint of the center’s offices, as well as the hallways, common areas, and sleeping quarters of the building.

Apart from the scheduling challenges posed by operating at a live-in facility with 24-hour service, much of the work was fairly routine. However, the facade of one of the older buildings did require significant repairs as it was riddled with hairline cracks. We repaired the hard-coat siding with stucco patches and an elastomeric coating, which required the use of a 65′ boom lift. This, in turn called for the closure of downtown streets, a detailed traffic plan, extensive permit approvals and signage, and off-duty police for traffic control. We handled everything. We greatly appreciated the flexibility (work time that did not interrupt our flow of business); the quality of the workmanship displayed by the crew; the neatness and clean-up after every work session; and the affordability of the project. We will be using CertaPro on future projects.

A well-kept environment is vital to ensuring your patients’ trust, loyalty and wellbeing. Attractive surface finishes can be a powerful tool for calming patients and encouraging the healing process. Our detail-oriented painting technicians will help keep your healthcare facilities looking their best, from expert surface preparation and application of low to no-VOC paints to use of antibacterial surface treatments and hard-wearing coatings for high-traffic areas. 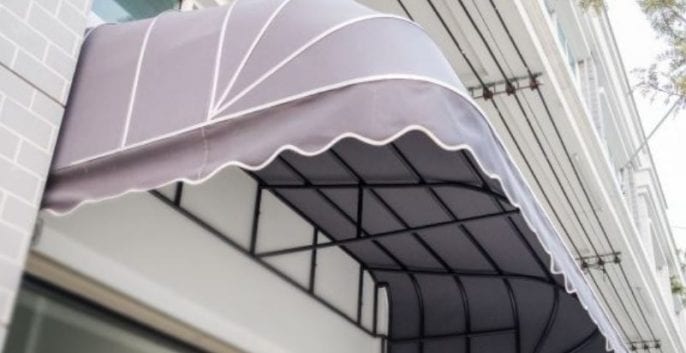 When it comes to removing and replacing awnings for your commercial building, it’s important that the job is done properly the first time to ensure long-term success. 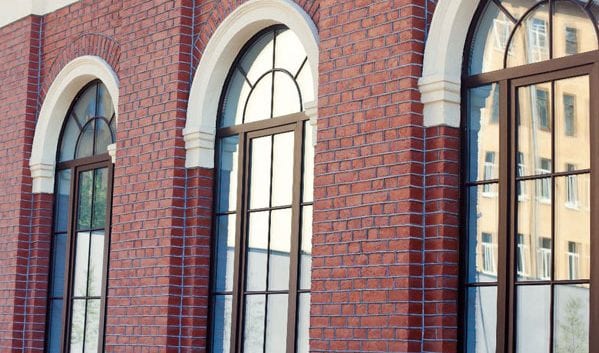 In order to keep your brick and mortar exterior from absorbing water, a brick sealer water repellent can be applied. 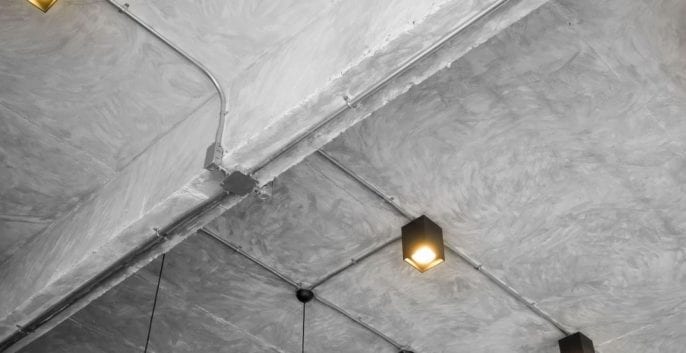 If you notice stains or deterioration in the concrete ceiling in your commercial building, there often is a larger underlying problem that needs to be fixed. 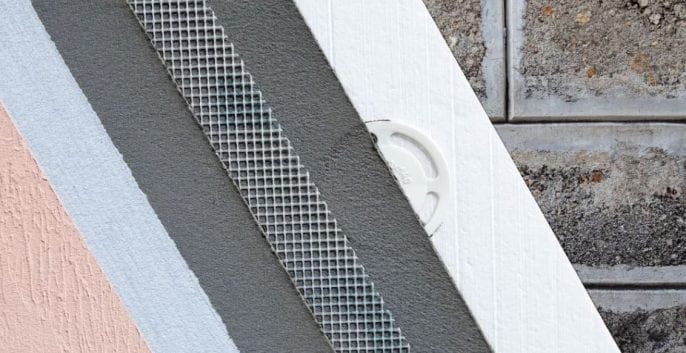 Sometimes an Exterior Insulation and Finish System (EIFS) will crack or chip and cause leaks or moisture buildup within the wall cavity, we offer professional repair services. 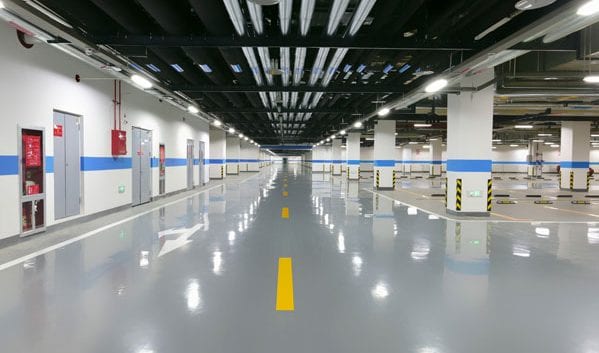 The professional application of an epoxy coating by CertaPro Painters® will extend the life of your flooring, improve appearance, increase safety, and reduce overall maintenance costs. 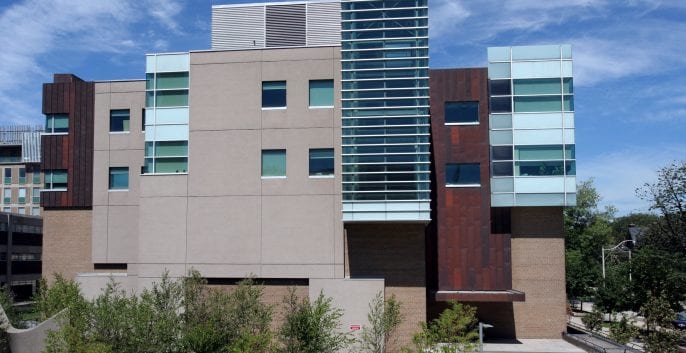 Choose CertaPro Painters for your exterior painting needs and get results that protect your investment, increase your property value and make your building more attractive. We can help you find the right colors to match your existing paint or create a new vision for your property. 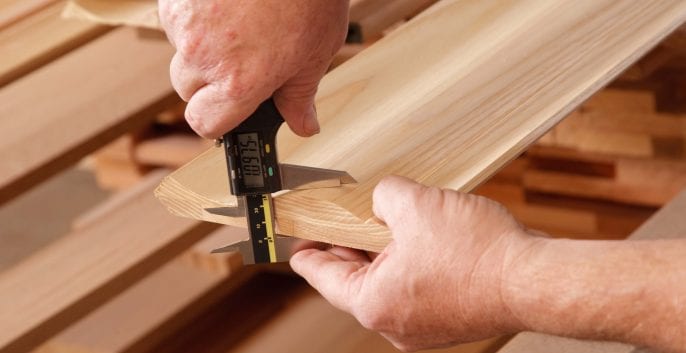 Our painters are qualified to repair or replace exterior wood, metal or stucco/EIFS repairs, as well as drywall, plaster, siding and wood replacement. 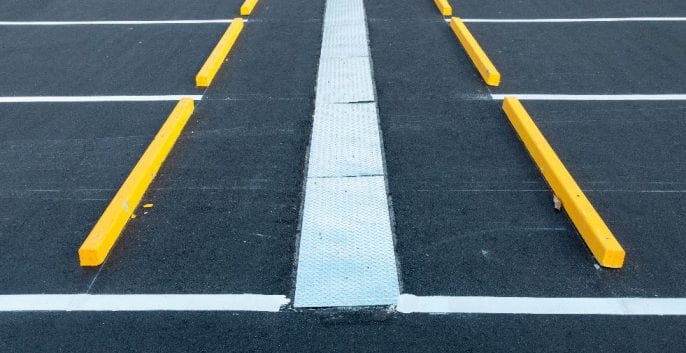 Line striping in parking lots is essential to keeping an organized traffic flow in your lot, but they can fade. And faded lines are hard to see, while stripes installed at the incorrect spacing can interrupt your lot’s flow 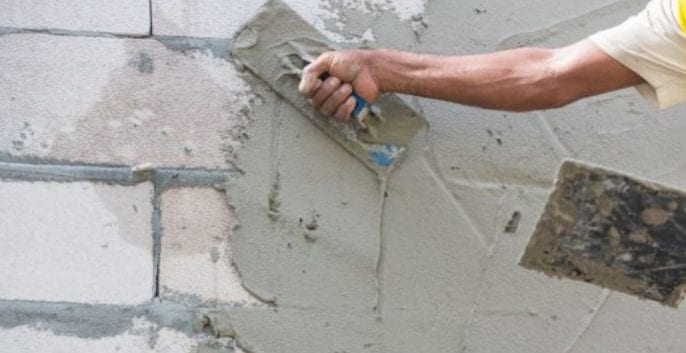 Many commercial masonry exteriors are able to preserve their attractive appearance and protect the stonework, terra cotta or adobe from eroding when also coated with a protective sealer. 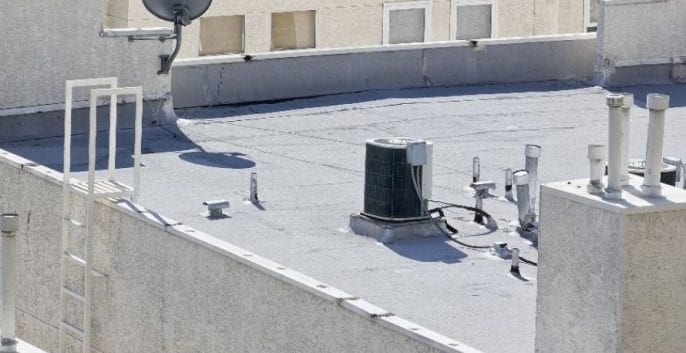 Because of their exposure to the elements, parapets are more likely to crack than other parts of your stucco exterior, learn more about our repair services. 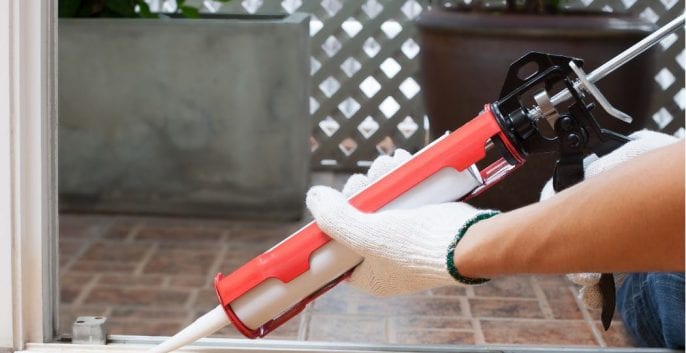 Even though the task of plugging small, pest-sized holes in a building seems menial, it’s important. Proper sealing ensures that additional pests and accompanying annoyances such as insects, birds, bats, snakes and more. 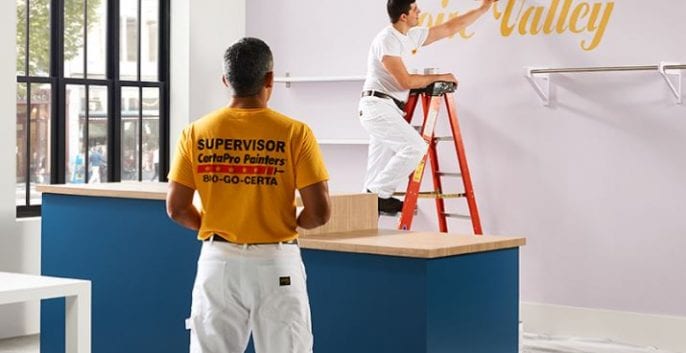 When re-branding a commercial space, it’s important to get the painting and signage completed correctly and quickly. If your building’s previous owners had dark color walls, it may take some work to properly cover the space with new, lighter and brighter colors. 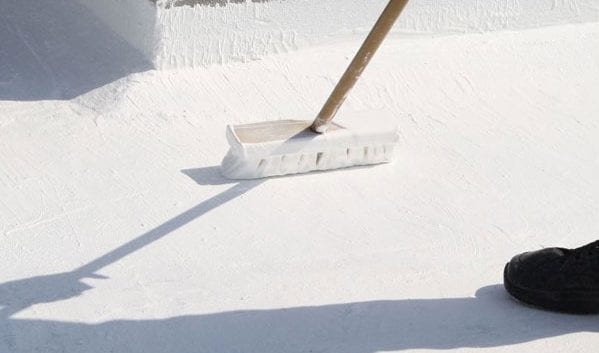 Roof coating systems properly applied on commercial building roofs, pipes, and other rooftop equipment can both seal and waterproof your roof. 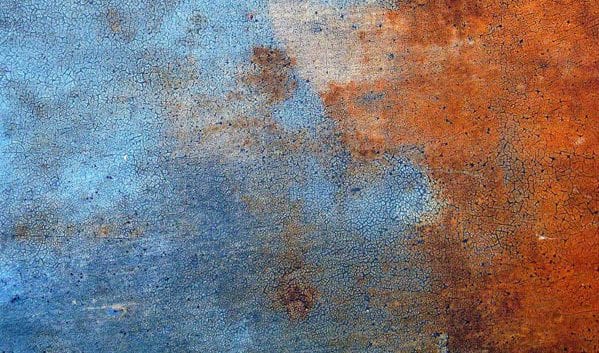 Instead of going to the expense of replacing metal doors in commercial buildings, these doors can often be restored and repainted by the professional commercial painters 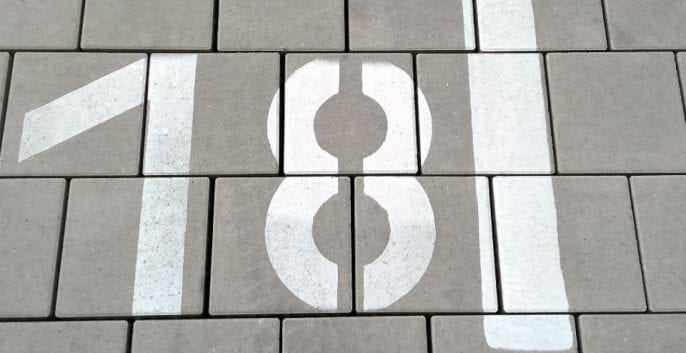 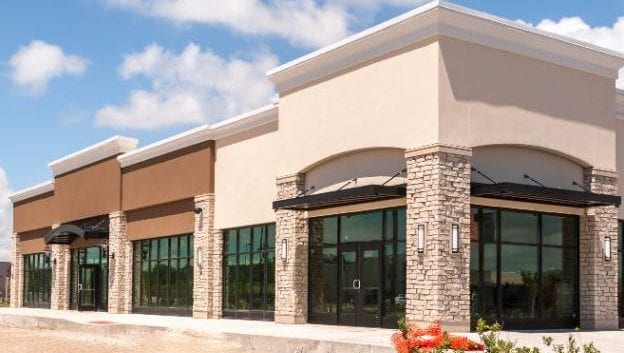 A thorough inspection by the professionals at CertaPro Painters® provides commercial customers like you with expert guidance on how best to approach your stucco project. 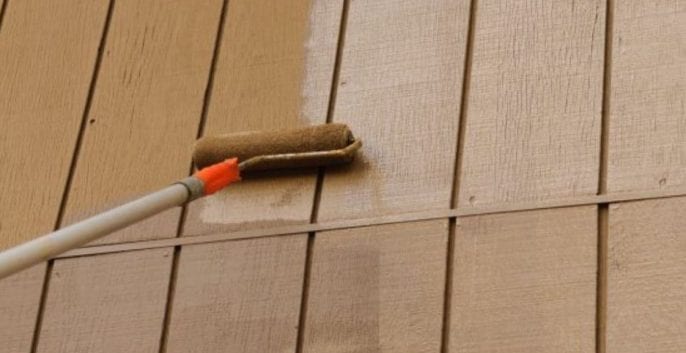 T1-11 siding an economical construction material made out of plywood, but it requires regular repainting for moisture protection and to maintain good appearance. When expansion joints aren’t periodically sealed, elements like rainwater can penetrate under the concrete to cause freeze-thaw or erosion damage in your business or commercial property. 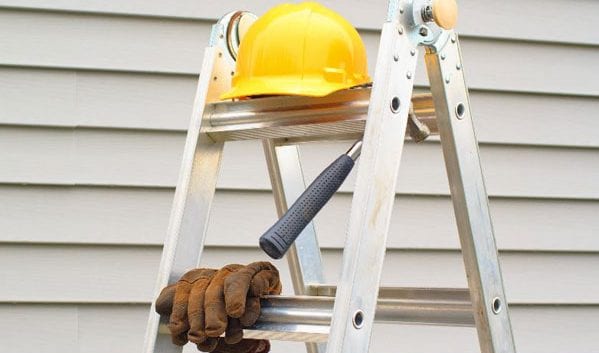 Hiring professional commercial painters to repaint vinyl siding quickly restores its appearance at a fraction of the cost of new siding. 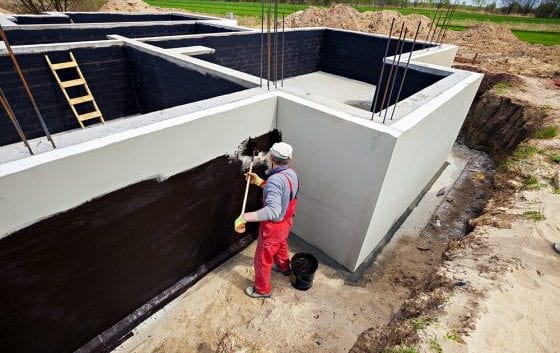 Let our experienced professionals protect your surfaces from the weather by applying waterproofing sealants and coatings. 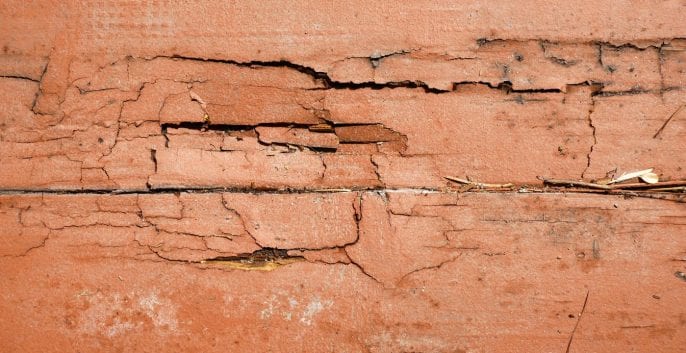 Working with the professionals at CertaPro Painters® always helps to ensure that your commercial exterior wood surfaces are properly repaired and sealed with the correct products.