Learn About Our Story & Our Team

In 1992, CertaPro Painters, Ltd. began with the vision of making residential and commercial painting services easier and more convenient for homeowners and business owners. From the beginning, our promise has been that of certainty, aiming to reassure customers of our quality and expertise. While today we are the largest residential painting contractor in North America, our locally owned and operated franchises take pride in bringing personalized service to customers in every region, allowing them to focus on what matters most.

Deliver What You Promise

The promises made to CertaPro Painters® customers is a first priority. From the timing of your project to the budget, our locally owned and operated franchisees keep their word.

We are always thinking about how to make your experience with CertaPro Painters® better — from communicating and collaborating with you to delivering expert painting techniques.

It is important to us that our customers, employees, and franchise owners all feel valued and respected throughout every interaction they have with the team at CertaPro Painters®.

Have Pride in What You Do

To deliver high quality results, while working with your home or business CertaPro Painters® takes great pride in the smallest details, giving every space the attention it deserves.

Certa ProPainters, Ltd. is a subsidiary of FirstService Brands, the leading North American brand in property services. Made up of extensive franchise networks and company-owned operations including California Closets, Floor Coverings International, Paul Davis Restoration, Pillar To Post Home Inspectors, and TLS. FirstService Brands has been built with careful intention to provide exceptional value for its customers.

FirstService Brands is a subsidiary of FirstService Corporation, (NASDAQ: FSV, TSX: FSV) a North American leader in the essential property services sector. Further information may be obtained at www.firstservice.com.

Read our Executive Team Bios below to find out more about the leaders that will support you as you grow and scale your business as a CertaPro® owner.

Mike Stone was appointed President in March 2015. Previously, Mr. Stone served as Vice President of Operations from January 2013 until his appointment as President. Mr. Stone also served as Regional Vice President from 2007 until 2013. Mr. Stone has been with CertaPro® since March 2003, first as a General Manager in Development and later as a General Manager in Operations. Prior to that, Mr. Stone was a Residential Sales Associate for a CertaPro Painters® franchisee for four years. Bruce was appointed Chief Brand Officer in October 2016. He has over thirty-five years experience in marketing and brand development, with CertaPro® being the fifth organization in consumer/business services in which he has served as chief marketing officer. His previous franchise experience was as Chief Marketing Officer for AAMCO Transmissions, Inc. & Total Car Care and prior to that, Vice President of Marketing for Nutri/System Weight Loss Centers. Earlier in his career, he served in brand management positions for several Fortune 500 organizations. Bruce has an MBA from the University of South Carolina and a Bachelor’s degree in Business Administration from the University of Wisconsin at Green Bay. Dave was born and raised in New Jersey and moved to the Philadelphia area after graduating with an Engineering Degree from the University of Pennsylvania. He joined CertaPro® in May 2016. Dave has over 25 years of experience in Information Technology, most recently as Director of Information Technology for BAYADA Home Health Care for fourteen years where he led enterprise-wide IT activities, including the development and selection of applications, business intelligence, architecture, and re-engineering business processes. Corporate has built a very trusting and collaborative environment between franchisees which is invaluable to our local learning and development.

- David Barron | CertaPro® of Ottawa, ON

Read our Franchise Development Team Bios below to find out more about the members you will work with while discovering the opportunity with CertaPro Painters®.

Bruce has more than 10 years of experience in the franchise industry, having experience as both a franchisee and an employee of the franchisor. He started with CertaPro Painters® franchise owner in in 2007, and then joined the CertaPro® corporate staff in 2009, where he served as General Manager in Franchisee Development. As a GM, Bruce mentored new franchisees through the beginning phases of their businesses as they transitioned into business ownership—mainly from corporate roles. Since 2015, Bruce has worked with prospective business owners in his role as General Manager of Franchise Development – working with franchisee candidates that are looking at either starting a new market or purchasing an existing business. Bruce is a graduate of New York Chiropractic College, where he earned his Doctor of Chiropractic degree. He and his wife, Ann, live in Sudbury, Massachusetts, with their three children. Chad has over 11 years of experience in the franchise industry and enjoys working with people as they explore business ownership opportunities. He started his career in franchising with one of the most respected Franchise Consulting Networks, serving in various roles from Franchise Consultant to Director of Franchisor Development. As a Franchise Consultant he helped many prospective business owners find the franchise business model that was the best fit for their goals. In addition, he has also worked with franchisors to help them develop and improve their franchise recruiting process(es). Chad joined CertaPro® as a General Manager of Franchise Development in late 2018. He is a graduate of the University of Kentucky where he earned his BBA in Finance. He lives in Louisville, KY with his wife and their daughter. Gregg Kaleck has over 25 years experience in business, first as a small business owner and later as a sales and marketing professional in corporate America. Gregg began his career as the co-owner of the Philadelphia Water Ice and Ice Cream Factory, which quickly became a summer treat destination and achieved yearly “Best of Philly” awards. In 2001, Gregg joined the Sales and Marketing Team of CBS Philadelphia, marketing clients on TV, Outdoor and Internet, both regionally and nationally. Over the next 17 years while at CBS and Comcast Spotlight, Gregg partnered with many local franchises including BMW of North America and Kubota Tractor, among others, to achieve their marketing goals. While at Comcast Spotlight, Gregg developed a relationship with CertaPro Painters®, which spurred his move to their Franchise Development Team in 2017. Gregg is a graduate of Temple University and lives outside of Philadelphia, PA with his wife and two daughters. Richard was in the insurance world for 30 years and has experience with business ownership as he owned a claims adjustment firm. He has been supporting prospective CertaPro® franchise owners find their way into the business since his move to CertaPro® in 2012. He is also a proud graduate of Penn State University and currently resides just outside of Philadelphia, PA. 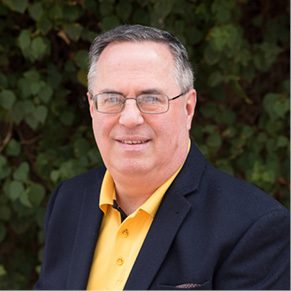