CertaPro Painters® of Southern Alberta offers professional interior and exterior painting services to the Dunmore, AB service area. In addition to interior and exterior painting services we offer several home improvement services including Drywall Repair, Painting and Staining, Power Washing, and Stucco Repairs and Painting. If you’re interested in our services, the first step is to request a free estimate either by filling out the form online, or by calling us at 1-800-689-7271.Check out our Google Reviews! Cypress County indicates that the population of the Hamlet of Dunmore was 1,025 in the 2011 Census.

Amenities and services
Located in the hamlet is Dunmore Park – which has a playground, outdoor hockey rink, baseball field, and a small BMX track. Dunmore has two gas stations, a community hall, a golf driving range, a storage unit business, a bar and various other small businesses. Did a great job. Would call this company again. Very professional.

See below for examples of painting projects we completed in the Dunmore service area. 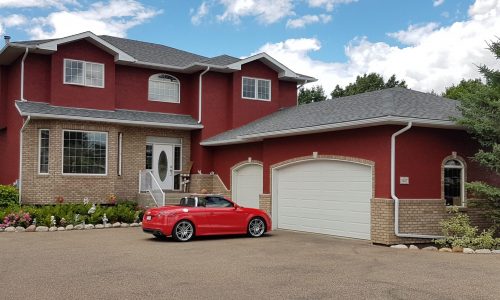 My experience with Certa Pro Painters has always been great. The staff are knowledgeable, friendly and professional. I will definitely use them again for our painting needs.

See below for our full list of residential services offered in Dunmore. Click any of the services below for more information. You can add more life to the cabinets in any home with a fresh coat of paint. Our interior painting professionals can refinish your cabinets at a fraction of the price of installing new cabinets. Whether your home has water damage that requires drywall repair or your walls have medium-to-large holes that need patching, the CertaPro Painters® of Southern Alberta crew will patch, sand and prime, to create a flawless surface to paint on.

At CertaPro Painters® of Southern Alberta we offer a variety of interior and exterior home painting and staining services, including your home’s deck and fencing. Regardless of the room inside your home that needs an update or the area of your home’s exterior that needs protection from Mother Nature, our team works with you to determine the best plan of action for your home. Power washing is a vital step in painting the exterior of your home. CertaPro Painters® of Southern Alberta uses the process to remove mold, oil and old paint so new paint absorbs into your surface better. As with any other home exterior, it’s important to maintain the stucco or EIFS (also known as synthetic stucco) covering your home. The CertaPro Painters® of Southern Alberta team is very knowledgeable in both repairs and painting related to these two materials and will work alongside you to determine what services your home needs. Removing and applying wallpaper can be a tricky task. The crew at CertaPro Painters® of Southern Alberta is skilled in removing wallpaper and will make this time-consuming task, hassle-free for you. We will work with you to help you choose a wallcoverings style that’s perfect for your home, and then apply it to your walls. All you’ll have to do is enjoy the final look.

See below for our full list of commercial services offered in Dunmore. Click any of the services below for more information.