Problem To Be Solved:

GoodLife and Trigon Construction were looking to freshen up the colours to line up with the current brand colours. The exterior consisted of the original stucco, which was quite dirty. The colour had also faded over time. The interior was primarily drywall that had not been painted for a number of years. The interior also had t-bar ceilings, doors, and railings.

During this project, we faced several challenges. First, the club was open 24/7, so at all times we needed to be extra sensitive to the presence of guests. The second challenge was the 30’ high ceilings.

Since the club was open 24/7, we wanted to complete the project in a timely manner without disrupting the guests at the facility. Being such a busy club, we completed the majority of the interior work after hours to minimize the impact on the guests.

Prior to painting, we pressure washed the building exterior to clean it, as well as complete minor stucco repairs. Interior prep included typical drywall repair as well as the removal of graphics followed by wall repair. To overcome the challenge of reaching the 30’ ceiling, we used lifts and booms.

We were able to freshen up the colours of the building exterior and interior. In the end, we were successful in working at times that minimized the disruption to the guests. Overall, it took one week to complete the exterior in July and two weeks to complete the interior in September. It was a successful project and everyone was thrilled with the result. 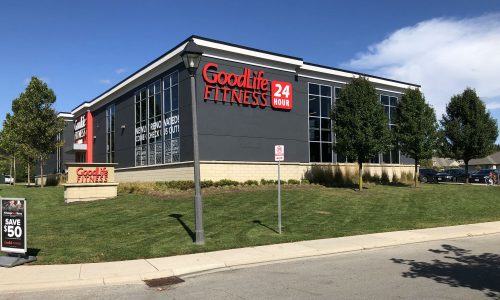